ENG: Differences between Danish and Norwegian – Infographic on the Written Languages

The infographic below sums up the main differences between the Danish and Norwegian (Bokmål) written languages.For a Swede it may at first glance be hard to determine in which of these two Scandinavian languages a text is written, but here are a few clues. A more thorough presentation follows after the infographic.

It is not surprising that written Norwegian is very closely related to Danish because, from 1397 to 1885, Norwegians in fact used to use Danish as "their own" script. Since the most commonly used Norwegian of today, Bokmål, is a more modern written language (this is also valid for Nynorsk) its structure is simpler and it matches the actual pronunciation much better than what is the case in Danish.


In Danish you write a single consonant at the end of words although the preceding vowel is pronounced short. (In inflected forms of the same word, where the consonant sound is followed by a vowel, you have to write double consonants in Danish as well, like in English). In Norwegian Bokmål the short pronunciation of a word ending is indicated through double consonants (like in Swedish).


Double Consonants where One of them is "Not Pronounced"


In Danish you can find -nd- and -ld-, respectively, where you in Norwegian Bokmål write -nn- and -ll- (like in Swedish).


In Danish (like in Swedish) modern pronunciation of the short vowels æ and e are the same. The two different spellings can only justified through historical origins. In Norwegian this has been simplified and you consistently write –e-.


Which Consonant in Front of a Front Vowel


In front of front vowels you write –gj- and –kj-, respectively, in Norwegian Bokmål in order to indicate the changed pronunciation of the consonant sound. The Danish spelling (but not the pronunciation) coincides with Swedish.


In Danish you might find the spelling -ds- where you in Norwegian Bokmål only write -s- or -ss- (like in English and Swedish).


In Danish, the spelling of loanwords tends to be similar to that of the original language. In Norwegian Bokmål the spelling is adapted to local pronunciation.


Subordinate Clauses Beginning with That


In Danish, before a subordinate clause beginning with that you write a comma (like in German), while this is left out in Norwegian Bokmål (as in English and Swedish).
- - -
Sources:

- - -
This article will continously be improved according to the advice I will receive from my Danish and Norwegian friends. :)

Thank you for leaving a comment! I love feedback!

A Blog by Erik Wirdheim 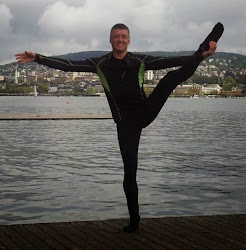 Connect with me on